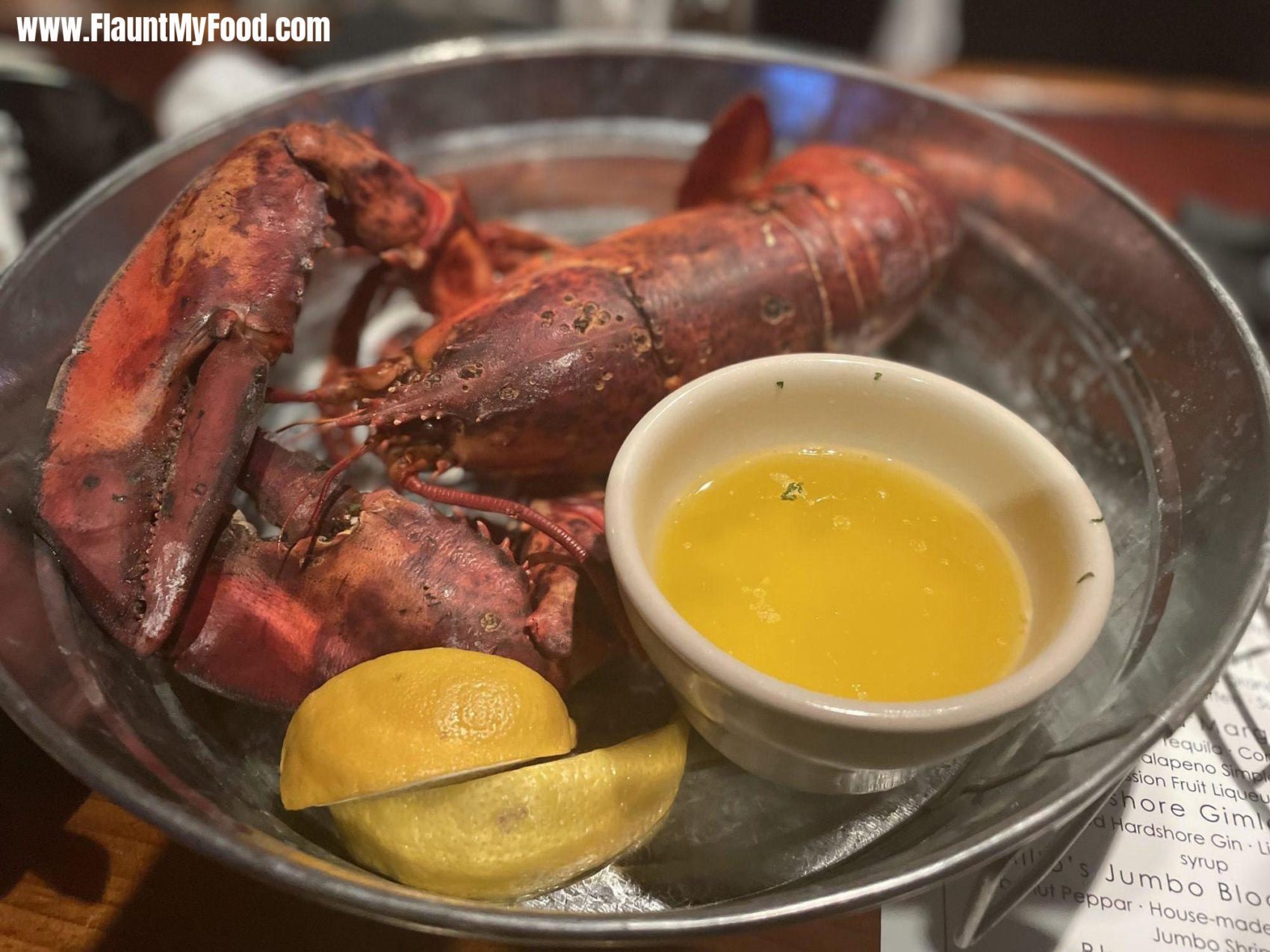 1-1/2 lb. Lobster, Steamed or baked stuffed. DiMillo’s on The Water, Portland Maine Seafood. The restaurant is actually an old car ferry that has been converted into a restaurant that includes a very large impressive bar area. Tony DiMillo opened his first restaurant, “Anthony’s” in 1954 on Fore Street where he coined the slogan, “The clams you eat here today slept last night in Casco Bay.” In 1960, with development changing the look of Fore Street, Tony moved Anthony’s to Center Street. In 1965, Tony opened “DiMillo’s on the Waterfront,” just across the street from where it sits now. DiMillo’s quickly became one of Portland’s most popular restaurants, as people came from all over the country to sample DiMillo’s famous lobster dinners. In 1978, Tony purchased the dilapidated Long Wharf, built “DiMillo’s Marina,” and quickly filled all 120 slips. In December 1982, “DiMillo’s Floating Restaurant” opened her doors and became the only floating restaurant on the upper East Coast. Today, Tony’s wife, sisters and sons continue to maintain the high standards he established over 40 years ago. There is always a DiMillo on board.